Daniel Web-Builders and Marketing cc is celebrating 13th Year Anniversary. Since 2008 we are in this Web Designing and MLM Software Industry ....Special Offer: Web Design Plus Free Search Engine Optimization. Be On The First Page Of Google, Yahoo and Bing, This is Guaranteed... The Secret of our Growth is based on the obligation to help our Customers grow, we become then an indispensable part of their Success. 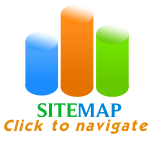 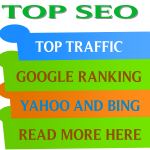 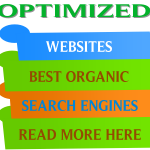 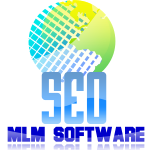 Are you not yet registered?

CREATE YOUR OWN MOBILE APPLICATION NOW IN 03 EASY STEPS
Now you can create your own Mobile App with Daniel Web-Builders and Marketing cc, built in tutorial made easy
Convert your website into a Mobile App and sell on Google Play Store. You can do that in 03 STEPS.
After creation, we publish your App for free under your Google Play Store Account, or do it yourself.
You can create an app with three simple steps. Choose a category, build the app and then publish it. You can create mobile apps for iOS, Android, Windows, Blackberry and Kindle platforms, without the use of any programming skills. Simply drag & drop app pages. Choose theme customization to give your personal touch to the designing of the app.
Daniel Web-Builders and Marketing makes creating a Mobile App as easy as a Look, from R500 per month, get a complete Mobile App with many features.

What does Mobile Application mean?

I am sure you must be asking yourself:

Mobile applications are a move away from the integrated software systems generally found on PCs. Instead, each app provides limited and isolated functionality such as a game, calculator or mobile Web browsing. Although applications may have avoided multitasking because of the limited hardware resources of the early mobile devices, their specificity is now part of their desirability because they allow consumers to hand-pick what their devices are able to do.

The simplest mobile applications take PC-based applications and port them to a mobile device. As mobile applications become more robust, this technique is somewhat lacking. A more sophisticated approach involves developing specifically for the mobile environment, taking advantage of both its limitations and advantages. For example, apps that use location-based features are inherently built from the ground up with an eye to mobile given that you don't have the same concept of location on a PC. Do you need a demo?

A mobile application is a software application designed to run on mobile devices such as smartphones and tablet computers. Most such devices are sold with several apps bundled as pre-installed software, such as a web browser, email client, calendar, mapping program, and an app for buying music or other media or more apps. Some pre-installed apps can be removed by an ordinary uninstall process, thus leaving more storage space for desired ones. Where the software does not allow this, some devices can be rooted to eliminate the undesired apps.

Native mobile applications often stand in contrast to applications that run on desktop computers, and with web applications which run in mobile web browsers rather than directly on the mobile device.

A mobile application is a software program you can download and access directly using your phone or another mobile device, like a tablet or music player.

What do I need to download and use an app?

You need a smart phone or another mobile device with internet access. Not all apps work on all mobile devices. Once you buy a device, you’re committed to using the operating system and the type of apps that go with it. The Android, Apple, Microsoft and BlackBerry mobile operating systems have app stores online where you can look for, download, and install apps. Some online retailers also offer app stores. You’ll have to use an app store that works with your device’s operating system. To set up an account, you may have to provide a credit card number, especially if you’re going to download an app that isn’t free.

We live in a world increasingly driven by apps. Apple’s famous “there’s an app for that” slogan is more of a truism these days than it is a marketing ploy. Research from Mobithinking suggests that the estimated number of app users worldwide will hit more than four-billion by the end of 2017. Such a figure not only indicates the growing demand for mobile applications, but the reality that mobile content is shaping the way people utilise their mobile devices. And while emerging markets may have been slower to adapt, an influx of cheap smartphones from the likes of China means that they’re starting to catch up quickly. Indeed, even in a country with as mixed an economy as South Africa, around 20% of the population has a smartphone.

It makes sense therefore that people should be rewarded for creating great apps in those markets. One even which looks to do exactly that is the MTN Business App of the Year Awards. The awards, conceptualised by headline sponsors MTN Business and event organisers Creative Space Media, are now in their second year and claim to be “the premier showcase of South Africa’s innovation in the mobile application space”.

It’s been a good year for Price Check’s BlackBerry app. It also won International App of the Year at BlackBerry live back in May. The app basically brings the company’s price comparison service to mobile.

MarkitShare is an application that claims to “modernise the entire process of listing real-estate to an end-point or client environment such as a real-estate website”. It allows real-estate agencies and agents to move information around within a social platform, maximising the day to day performance of the industry itself.

The Nedbank App Suite, launched in June last year, claims to provide clients with a “one of a kind, customisable and accessible banking, financial services and lifestyle mobile experience”.

Apps that are not preinstalled are usually available through distribution platforms called app stores. They began appearing in 2008 and are typically operated by the owner of the mobile operating system, such as the Apple App Store, Google Play, Windows Phone Store, and BlackBerry App World. Some apps are free, while others must be bought. Usually, they are downloaded from the platform to a target device, but sometimes they can be downloaded to laptops or desktop computers. For apps with a price, generally a percentage, 20-30%, goes to the distribution provider (such as iTunes), and the rest goes to the producer of the app. The same app can therefore cost a different price depending on the mobile platform.

The term "app" is a shortening of the term "application software". It has become very popular, and in 2010 was listed as "Word of the Year" by the American Dialect Society. In 2009, technology columnist David Pogue said that newer smartphones could be nicknamed "app phones" to distinguish them from earlier less-sophisticated smartphones.

The official US Army iPhone app presents the service's technology news, updates and media in a single place.

Mobile applications were originally offered for general productivity and information retrieval, including email, calendar, contacts, stock market and weather information. However, public demand and the availability of developer tools drove rapid expansion into other categories, such as those handled by desktop application software packages. As with other software, the explosion in number and variety of apps made discovery a challenge, which in turn led to the creation of a wide range of review, recommendation, and curation sources, including blogs, magazines, and dedicated online app-discovery services. In 2014 government regulatory agencies began trying to regulate and curate apps, particularly medical apps. Some companies offer apps as an alternative method to deliver content with certain advantages over an official website.

Usage of mobile applications has become increasingly prevalent across mobile phone users.  A May 2012 comScore study reported that during the previous quarter, more mobile subscribers used apps than browsed the web on their devices: 51.1% vs. 49.8% respectively. Researchers found that usage of mobile applications strongly correlates with user context and depends on user's location and time of the day.  Mobile applications are playing an ever increasing role within healthcare and when designed and integrated correctly can yield many benefits.

Market research firm Gartner predicted that 102 billion apps would be downloaded in 2013 (91% of them free), which would generate $26 billion in the US, up 44.4% on 2012's US$18 billion. By Q2 2015, the Google Play and Apple stores alone generated $5 billion. An analyst report estimates that the app economy creates revenues of more than €10 billion per year within the European Union, while over 529,000 jobs have been created in 28 EU states due to the growth of the app market.

If you have a smart phone or other mobile device, you probably use apps – to play games, get turn-by-turn directions, access news, books, weather, and more. Easy to download and often free, mobile applications can be so much fun and so convenient that you might download them without thinking about some key considerations: how they’re paid for, what information they may gather from your device, or who gets that information.

Mobile application testing is time consuming and expensive, yet critical to ensuring your consumers have a positive experience when they use your mobile applications. It is vital that you make sure that the experience is a great one for every consumer every time they use your application, starting with the very first time. If you fail to do a good job app testing, this will result in your customer doing it for you—and unlike your testing team, your customers do not have the tools or the time to report back problems. Also, keep in mind that your customers do not want to be treated like guinea pigs. When they find a flaw, you’ll never hear a word from them and they certainly won’t come back.

Ideally, your developer has done a great job and made no mistakes, but regardless of that, the goal of your testing efforts is not to find errors. Instead, it should be to understand the quality of your app. Does it work? Does it function as expected? Will it meet the needs of your users so they come back repeatedly?

Mobile application testing presents unique challenges. There are tradeoffs that you need to consider and choices that you need to make regarding the mix of different techniques and methods that will be used in mobile application testing. Each testing method you consider will have pros and cons associated with it, and you will likely find that there is not a single testing method that is completely satisfying. Rather, you will need to consider a testing strategy that combines different testing options that as a whole provide the best overall testing result, balancing the tradeoffs between cost, quality, and time-to-market.

Get today a free Theme or Template

Sample of the day